Can travel technology #BreakTheBias against women?

Do you think that the travel technology sector has a problem with bias against women? At Belvera Partners we certainly do.

What’s more we have the data to prove it. In January we published research showing that females make up just 8% of CEOs and a slightly less 6% of Chairpersons in travel technology.

Tomorrow is International Women’s Day and the theme is #BreakTheBias, so we asked six leading travel technology females for their views.

This was written up into a full Q&A that has been sent out to media (journalists please feel free to contact us for the full script along with images).

Differences abound, but all feel that one way or another bias exists. Most shocking perhaps was an experience had by Yana Khrestik, an Account Manager from Aviasales, the leading metasearch for Eastern Europe and Central Asia. She spoke at a travel conference in her region and was the only woman amongst the speakers, receiving comments like “you are the most beautiful in the program” from other participants. How did that make her feel? She told us “I came to talk about serious and interesting things and in the end, I felt like just some kind of stupid decoration”. Appalling.

Rachel Obenshain, President at Xeniapp – a provider of a white-label booking engine for travel sellers – recently joined from a sector with even fewer women and says “from my perspective, this is a step up!”. But she has noticed that in Europe and Australia there seem to be more women in leadership roles. When asked what one action she’d like to see implemented to tackle bias she asked for more dedicated funds for funding women-owned tech businesses.

Meanwhile Anna Borduzha, Business development manager at Mabrian Technologies – the leading provider of travel intelligence data to the tourism industry – notes that women are in a majority in the wider travel industry, but not within the travel technology part of that. When asked if travel tech conferences should have quotas for female speakers, she’s in favour “to beat gender stereotypes and encourage more women to participate”. Anna also believes it is “a fact male-owned companies attract more investment than the companies represented by women”.

At the World Travel & Tourism Council (WTTC), Senior Vice President Maribel Rodríguez has long been vocal in calling for greater equality in our space. She believes that “women need to play an active role and be part of the change, we cannot sit around waiting for the rules to change”. For her we must not delay even one moment and she doesn’t see the impact of COVID as a credible excuse for temporarily not focusing on this, stating that “women have played a big role in this crisis, taking the reins”.

Whilst Rita Varga, CEO of RaizUp – the group increasing the success of women and underrepresented groups in travel through its career development & community platform – says that “because of legacy business practices, involving women in a conversation as an equal means stepping out of our comfort zone”. She cites Expedia and Sojern as being positive examples of businesses confronting this topic. Asked about the role of women in bringing about the change, Rita tells us “women should step up for women, first of all, as many times we are each other’s gatekeepers”.

Last but not least, Alice Ferrari, Founder & CEO of Kyte – the travel technology company that offers a white label distribution API for airlines – is open about the fact that sometimes women themselves can be biased. Alice tells us “sometimes I catch myself with unconscious bias and start doubting myself, that is the worst!”. When asked about good and bad examples, her view is that “more established organisations or bigger companies tend to have better structure and policies in place to promote equality, whilst in the startup world it can be the wild west for women”. In her experience this extends to the fundraising aspect too, having come across “many startups with average propositions led by males, and they always tend to get more funding than women”.

What’s our specific take on this at Belvera Partners? Let’s not forget that bias can work both ways for women, pushing them into roles perceived to be ‘female’. For example, recently we noticed that the anti-discrimination HR policy section of a major airline had a photo of three beautiful (and young) air stewardesses flanked by a male captain – and that also another major airline has a cabin crew recruitment advert with just females (all young, all pretty). Could such examples explain why women are fewer in travel tech than in the wider travel space? Perhaps.

If you’re curious about the data we quoted, it was taken from the Belvera B2B Sustainability Report 2021: sustainability reporting in B2B travel’s top 350 companies globally. For the female leadership topic we looked at not just travel tech, but many areas within B2B travel. The wide ranging report was published last year and you can download your copy here.

So could 2022 be the year that we finally #BreakTheBias in travel technology then? Sadly not, there’s a very long way to go. But the fact that we’re having this debate is hopefully an encouraging start.

Tomorrow is International Women’s Day and the theme is #BreakTheBias, so we asked six leading travel technology females for their views. 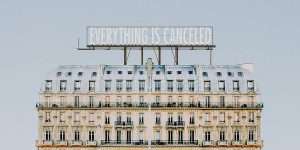 Travel hacks from travel pros for the summer season 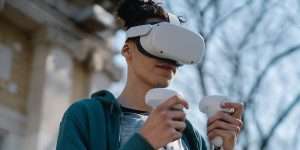 Travelling without moving: is virtual reality a reality travel needs to embrace yet?  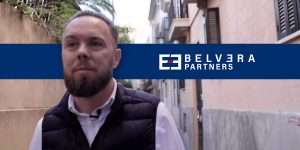 Reflexions on our first year at Belvera Partners

Roman Townsend 12 April 2022
We use cookies on our website to give you the most relevant experience by remembering your preferences and repeat visits. By clicking “Accept”, you consent to the use of ALL the cookies.Read More
Cookie settingsACCEPTREJECT
Manage consent

This website uses cookies to improve your experience while you navigate through the website. Out of these, the cookies that are categorized as necessary are stored on your browser as they are essential for the working of basic functionalities of the website. We also use third-party cookies that help us analyze and understand how you use this website. These cookies will be stored in your browser only with your consent. You also have the option to opt-out of these cookies. But opting out of some of these cookies may affect your browsing experience.
Necessary Always Enabled
Necessary cookies are absolutely essential for the website to function properly. This category only includes cookies that ensures basic functionalities and security features of the website. These cookies do not store any personal information.
Non-necessary
Any cookies that may not be particularly necessary for the website to function and is used specifically to collect user personal data via analytics, ads, other embedded contents are termed as non-necessary cookies. It is mandatory to procure user consent prior to running these cookies on your website.
SAVE & ACCEPT